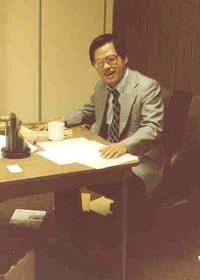 The story before the story

It was 1971, and newly minted civil engineer Steve Ro had just arrived in Chicago from South Korea. As he began to apply for work in his field of expertise, he kept running up against the same obstacle: his foreign engineering degree — despite the fact that said degree was from South Korea’s equivalent of MIT. But Steve would not be deterred. He applied and was accepted to UC Berkeley, and within 18 months, earned his master’s degree in civil engineering. With this esteemed credential in hand, he was offered a position at Brown & Caldwell (B&C) in Southern California, working under Donald Lee. 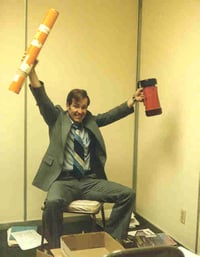 By 1973, civil engineer Don Lee had been with B&C for eight years. During that time, he had earned a reputation not only for his agile solutions to client challenges, but also for his mentorship of younger engineers like Steve Ro. Over the next five years, while Don remained Steve’s project manager, their relationship progressed from mentor-mentee to working collaboratively, as peers. As the years passed and their projects grew larger and more complex, the friendship and respect between them also grew. 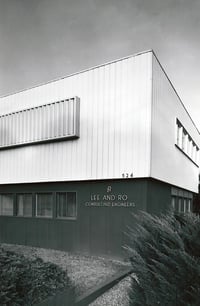 In the late 1960s and 70s, several events converged that would alter the course of Don and Steve’s careers. In 1969, recognizing the impact of minority business enterprises (MBEs) on the economy and the general welfare of the country, President Nixon established the Minority Business Development Agency (MBDA). The following year, in response to ineffective state and local environmental protections, he created the Environmental Protection Agency (EPA).

But it was the passage of the Clean Water Act in 1972 and the Safe Drinking Water Act in 1974 — with their combination of more stringent regulations along with the funding to achieve compliance — that would generate a surge of new engineering firms in California. And just four years later, the New Clean Water Act provided six years of construction grants, creating thousands of jobs and accelerating innovation in water treatment methods. 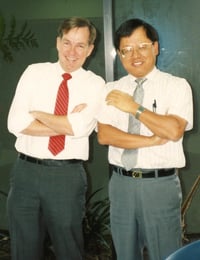 In early 1979, Don and Steve were assigned a challenging project for the City of Oxnard that required frequent trips to meet with City officials. These weekly drives soon turned into brainstorming sessions, where Don and Steve discussed the direction of the industry and their place in it.

This naturally led to talk of starting their own consulting firm, where they could make their own choices about the projects they’d undertake, without having to compromise their work ethic or devotion to their clients, colleagues and communities. Little did they know that this was just the beginning of a much longer journey — one that would not only benefit the people of California, but also empower Don, Steve and other like-minded engineers to move their careers and their industry forward. 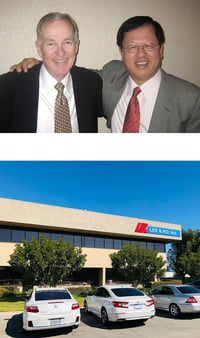 After years of working together at B&C, Steve and Don knew exactly how to leverage each other’s strengths and balance out each other’s weaknesses. And while their track record would open doors to pitch opportunities, they were adamant about standing on their own two feet and not taking any B&C clients with them.

By December 8, 1979, the articles of incorporation were filed and LEE + RO was born, with Steve as CEO and Don as President. They sublet a 600 square-foot space on Duarte Road in Arcadia and officially resigned from B&C in March of 1980. At the time, they both thought that B&C would hire them as independent consultants. When that didn’t pan out, the hunt for business began in earnest.

Laverna Allen, a business consultant who coached minority firms on how to meet prospective clients, made a pivotal connection for the fledgling firm when she introduced them to Ray Lewis, the chief engineer at OCSD. Two weeks after that meeting, LEE + RO received their first RFP for a headworks and pump station improvement project … and they won it. Over four decades later, OCSD is still their number one client. Because LEE + RO is still operating with the same values and vision it always has. 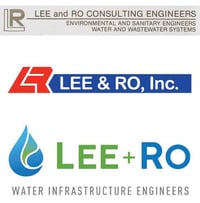 Today, the torch that Don and Steve set alight on that momentous day in 1979 is burning brighter than ever. It is carried on by the firm’s 80 employees, in four offices across the state, fueled by the same passion for solving impossible challenges, the same obsession with doing right by their clients and each other, and the same relentless drive to make life better for all Californians.

There’s no magic formula to what Steve and Don created. LEE + RO is simply the result of independent thinkers, with diverse backgrounds and perspectives, joining forces in service to the values, goals and vision that they share. And when you know what truly matters to you, slowly but surely, it changes things. You change things.